Ritesh Batra’s Photograph is an underappreciated gem of a film, gleaming with quiet revelations about the stories we tell ourselves. 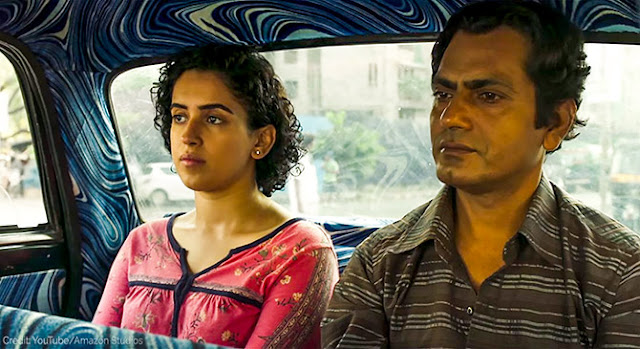 Ritesh Batra’s Photograph (2019), much like his acclaimed 2013 film The Lunchbox, is based on a particular idea of romance: two people from very different worlds united by happenstance. In both films, that unexpected connection is forged by the big city, the vast anonymous wilderness suddenly letting two people see each other. In The Lunchbox, Batra used a mix-up by Mumbai’s much-feted dabbawalas as the device that brought a neglected housewife in contact with an office-going widower. In Photograph, the unlikely bond that Batra wants to us to believe in, between a street photographer called Rafi and a modest Gujarati girl prepping for her CA exams, is tied to something just as iconic in the city: the Gateway of India.

Yes, perhaps there’s a kernel of reality there. Where, except at the Gateway of India, would a working class Muslim man from a village in Ballia, Uttar Pradesh, living five to a kholi in Mumbai, have a chance to speak to a fair, English-speaking, academically-inclined girl from an upper middle class Hindu family? But for Miloni to have her photo taken by Rafi is one thing; to have her actually respond to a personal request from him days, even weeks later, is quite another. It is in making us believe in their slowly unfurling connection that Batra wins, and in the ever-so-delicate performances he draws from Nawazuddin Siddiqui as the watchful Rafi and Sanya Malhotra as the almost painfully quiet Miloni.

The gulf between them has been described as “cultural”, and I suppose that is one way to put it. But the financial inequality is stark enough to ensure that even a simple transactional moment between them is experienced completely differently by both parties. Miloni can forget to pay the Rs 30 for her instant photo not just because she is distracted, but because the amount is so little as to not even register in her mind. Meanwhile, for Rafi, who counts out even his petty change to send home, one disappeared client can turn a good day into bad.

What Batra does beautifully is to show us these quiet people, both adamant to resist the paths laid out for them. For Rafi, the prospect of marriage is not entirely unattractive, but he thinks pining away for a wife in the village will make him a “softy”. It is soon clear that he resists because he is the sentimental grandson who revisits his childhood in story after story, recognising in his grandmother’s childhood stories the power of fiction (“She made us laugh so much that we wouldn’t even know if the stove had been lit that day”) – and returning her gift now with an elaborate fiction of his own. For Miloni, life so far has been defined by her parents: home to tuition and back, the CA examination, arranged marriage to an eligible boy, America. She is so unused to choosing anything that even the colours of her clothes are of no consequence to her. Spending days with Rafi and his dadi becomes the furthest she has strayed from the straight and narrow.

At the centre of the film is the photograph of Miloni that Rafi takes. But Batra’s style is literary, in the best possible ways, and so it is no coincidence that we don’t ever properly see the picture. The image here is but a prop for stories – for Rafi’s story that he has a fiancée, and later for Miloni’s story of how she and Rafi got together. She makes it up for Dadi’s benefit, as she does her dead parents. But what she sees in it is true: a happier self, now invisible to her, that Rafi’s gaze seems to capture.

There is nostalgia here aplenty – the breeze on the ferry, the old Hindi film song in a kali-peeli taxi on a rainy Bombay night, Campa Cola as the taste of a childhood self. But the quality that felt slightly contrived in The Lunchbox – handwritten notes, the repeated error of the dabba delivery, no mobile phones – has also been smoothed into something more convincing here, something in which the past is not a simple refuge. The pleasure of the ice gola is destroyed by a stomach upset, the old single screen theatre by a rat. The old lady urges Rafi to let go of the past: to forget the mortgaged house, the deprived childhood. In a darker subplot, the story of the man who hung himself in the room where Rafi and his four mates live is told and retold in their drunken sessions: now with humour, now with pathos, but most of all with a kind of desperation – as if telling and retelling the tale might exorcise the ghost of the past.

Perhaps what makes Photograph so rewarding is its recognition that we live in the past and the present simultaneously, and that it isn’t necessarily the end of the story that matters most, but what you remember of it. In the words of Rafi’s marvellous sales pitch to prospective customers: “Saalon baad jab aap yeh photo dekhenge, toh aapko aapke chehre pe yahi dhoop dikhai degi, aapke baalon mein yeh hawa, aur aapke kaanon mein hazaaron logon ki awaazein. Sab chala jayega. Hamesha ke liye sab chala jayega. [“Years later when you look at this photo, you will see this very sunlight on your face, this breeze in your hair, and the voices of thousands of people in your ears. Everything will go. Everything will be gone for ever.”]. Everything will end, but a memory can still be a gift.