Not quite the belly of Delhi: No One Killed Jessica review 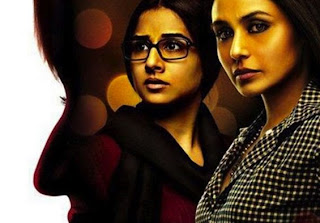 THERE’S A MOMENT in No One Killed Jessica when a girl — someone we’ve never seen — watches the candlelight vigil scene in Rang De Basanti, comes out of the cinema and sends out an SMS calling for a similar vigil for ‘Justice for Jessica’. The scene is spot-on. Without saying a word, it shows you how the news media, cinema and mobile phone technology came together to create a new kind of middle-class activist public, the outrage of its thousands of SMSes amplified by the power of television, leading to the eventual reopening of the Jessica Lall murder case.

Unfortunately, the film doesn’t often manage such verbal economy. It opens with a scene we know well from newspaper accounts: the late-night party at which the feisty young bartender, Jessica, is shot by a loutish customer who doesn’t like the idea of a do take ki model having the gall to refuse him a drink. But the quiet tension of this sequence — displaying some of the taut pacing of director Rajkumar Gupta’s controversial previous film, Aamir — swiftly disintegrates as Gupta decides to milk the idea of the decadence (and hypocrisy) of Delhi’s Page Three elite for all its worth, teetering dangerously over Madhur Bhandarkar territory and finally falling into a morass of easy lecturebaazi (“Sabrinaji, yeh kaise logon ke saath uthti-baithti hain aap?”).


NOKJ also fails miserably as a Delhi film. Every film set in Delhi doesn’t have to devote itself to the city. But we’re told constantly this is a story about Delhi. Sadly, it never goes beyond the clichés — Mumbai = paisa, Delhi = power; “Everybody is a somebody here” — and even these are lamely served up in a voiceover. There is the intermittent well-done cameo — example Bubbles Sabharwal as the socialite restaurant-owner swinging between self-absorption and hand-wringing helplessness. But Mumbai high society cannot pass off as Delhi’s: clothes, accents and intonations betray most characters. Worse still, none of the three principals — newcomer Myra as pretty Delhi girl Jessica who doesn’t take shit from men, Vidya Balan as her supposedly dowdy, stoic sister Sabrina, or Rani Mukherjee as hard-boiled star reporter Meera — look or sound like Delhi women. Balan puts in an admirable performance (largely wordless, thus easier in the context of this film) while Mukherjee struggles to give her shrieky, sloppily-written character something like a graph. The only thing Delhi about this film is Amit Trivedi’s zippy Dilli anthem.

Email ThisBlogThis!Share to TwitterShare to FacebookShare to Pinterest
Labels: Delhi, films, No One Killed Jessica

Twist in the Wedding

Why the shaadi is still a staple of Bollywood romance 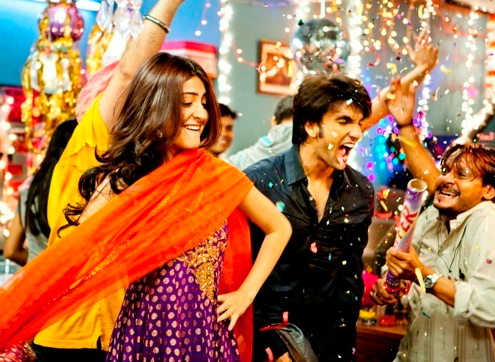 Bittoo Sharma first meets Shruti Kakkar at a wedding. She’s rude to him, but he’s quite taken with her. He borrows his friend’s video camera to shoot her dancing, turns up in her U-special the next day to present her with a DVD exclusively devoted to her performance. The opening of Band Baaja Baraat makes one think you know exactly where it’s going. The girl seen by the boy at a shaadi, the wooing that ensues, leading up to the couple’s own wedding — it’s among the oldest tropes in the Hindi movie universe. And Band Baaja Baaraat’s opening scene is a clear tribute to Yash Chopra’s own contribution to the genre: Chandni (1989), where Rishi Kapoor first sees Sridevi at a wedding, starts photographing her in secret, and later, in one of the dramatic high points of the 1980s filmi romance, reveals a roomful of pictures he has taken of her.

The Indian wedding has always been a traditional mating ground. It was a rare, socially sanctioned space where young women of marriageable age were on display, for matchmaking aunts — and potential husbands. (Ask around in any north Indian family and you’ll find at least one uncle and aunt who got married because he saw her at his brother/ cousin/ friend’s wedding and set his heart on her.) The shaadi ka ghar, with its dressing-up and dancing and suggestive songs, was the natural setting for romance, a place where banter between young men and women was laughingly condoned and flirtation was almost traditional.

These days, one might think, urban young people don’t need the socially sanctioned space of the shaadi to meet a potential partner, either on screen or off it. The CCD-mall-multiplex generation should have no time for wedding movies. The days of Hum Aapke Hain Kaun...! (1994) are over.

Yet it seems that the 2000s — after Karan Johar’s K3G (2001) — were when the choreographed Bollywood sangeet really became de rigueur, first in movies and then in weddings across the country and the diaspora, and I can think, off the cuff, of three Hindi films in the past few years where the hero first properly sees the heroine at a wedding: Saathiya (2002), Love Aaj Kal (2009) and Rab Ne Bana Di Jodi (2008). And at least three 2010 films derive much of their energy from weddings — Aisha, Do Dooni Chaar and Band Baaja Baraat.

Do Dooni Chaar is least obviously preoccupied with the wedding — it serves mainly to kick-start the plot, which is really about the middle-class family’s desire for a car. And yet there is a way in which, despite all their travails and tribulations in getting to it — the borrowing of the car, the cost of the wedding present, the potential theft, the potential exposure — the wedding itself has the power to create a generally celebratory mood, successfully drawing in the glum father and the teenage cynic alike.

Aisha — which sets Jane Austen’s Emma in contemporary Delhi — is possibly the most traditional of the three, in that it opens with a shaadi where we first see the heroine, Aisha, and ends with Aisha’s own wedding. But the hero already knows the heroine, so the wedding is not the setting for their romance. On the other hand, it sets in motion a definite trail of matchmaking — only the matchmaker in question is the heroine herself. Almost the whole of the film is taken up with pairing off young people who appear in the original wedding scene, culminating in the final wedding, where we have the pleasure of seeing them all matched up (in more ways than one, since this is the most alarmingly colour-coordinated wedding you’ll ever see).

The film that really takes the wedding movie theme and runs with it, though, is Band Baaja Baaraat. It seems to play by the old rules — introducing the heroine and the hero at a wedding, following their relationship and culminating in their own wedding — but, in fact, it brilliantly subverts both the genre and our expectations by making them wedding planners. Shruti refuses Bittoo’s romantic overtures. She accepts his DVD and, later, his partnership, only on condition that he isn’t going to line maaro her. She arranges weddings, and she’s going to have an arranged match herself. She has Plans — and love isn’t part of them.

Yet, as we watch the two of them lean laughingly into each other at wedding after wedding, complementing each other perfectly in the exaggeratedly comic flirtation-rejection of the wedding song, we know that the shaadi movie will have its way. It’s as if the well-done north Indian wedding — with its glitter, its banter, and, crucially, the zippy song that gets the whole family on its feet — casts a kind of spell, temporarily erasing the rules of the ordinary world and making romance seem somehow inevitable. Much like the well-done Hindi film.

The writer is a Delhi-based writer and anthropologist. 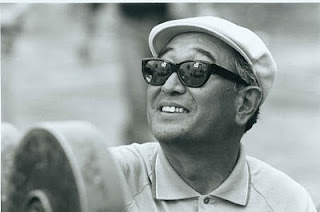 Kurosawa's cinema may seem to be about heroic action, but heroes, in the end, are merely human.

One of my most vivid cinematic memories involves a stocky little Asian man and a suited-booted white man frantically cutting wild grass, while the sun threatens to set behind them. I was six or seven, and understood nothing of the film. But the elemental power of that single scene never left me: the vast, bleak grassland, the eerie light, the wind beginning to howl, and the knowledge – somehow contained wordlessly in the furious cutting of the grass – that life depended on it.

Fifteen years later, I learnt that the film was called Dersu Uzala (1975), which was also the name of its memorable protagonist: an old Goldi hunter who knows the cold forests of the Russian Far East like the back of his hand, but loses his eyesight and is forced to go live in a town. Its world-renowned Japanese director, Akira Kurosawa, had been offered the project by the Soviet studio Mosfilm in 1973. It was a time of great tumult in Kurosawa’s life: his attempt to break into Hollywood with Tora Tora Tora had gone horribly wrong, his experimental venture Dodesukaden (1970) had received a lukewarm reception in Japan and he was unable to get funding. In Dersu’s profound bewilderment – that he, who was so attuned to the wilderness, can no longer survive in it – one senses an echo of Kurosawa’s own feelings about cinema in those years.

In 1973, Kurosawa had already been directing films for thirty years. Identified in the West with his superlative samurai films – Yojimbo, Seven Samurai, Rashomon, Sanjuro and The Hidden Fortress (which inspired Star Wars), he was seen as a master of the dramatic action narrative. Dersu Uzala is, by comparison, a slow film. But it contains many long-term Kurosawa preoccupations: the individual striving to surmount all odds (seen most powerfully in Ikiru (To Live, 1952), where a minor bureaucrat’s life is transformed by the discovery that he is going to die); relationships between younger and older men (Seven Samurai (1954), where a newbie samurai apprentices himself to an older one, and Red Beard (1965), about an old doctor and an arrogant intern); and the connection between man and nature.

Kurosawa was deeply concerned about human hubris. He once said, “People today have forgotten they’re really just a part of nature. Yet, they destroy the nature on which our lives depend. They always think they can make something better...” There is something magical about his rendition of the landscape in Dersu; the wind, the rain, the sun seem almost to conspire to make the two men lose their way. Then you watch the two warriors befuddled by the forest in Throne of Blood (1957), and you realize that Kurosawa has thought of nature in this way for a long, long time. Transposing Macbeth to medieval Japan, he takes the Birnam Wood of the prophecy (“I shall not be afraid of death or bane, till Birnam Wood come to Dunsinane”) and makes of it an eerie presence more powerful than the strongest warrior: the Cobweb Forest. Even in Seven Samurai, the heroism of the samurai is ephemeral – it is the land and the peasant’s link to it that is forever. Kurosawa was known for his larger-than-life dramas. But what makes his cinema truly epic is the profound sense that there is something larger than the heroic human life.