For my weekly column in Mirror/TOI Plus, the seventh piece in a series on trains in Indian cinema:

Shyam Benegal's thought-provoking television series Yatra gave the Indian Railways a stellar role, as the thread that stitches the country together 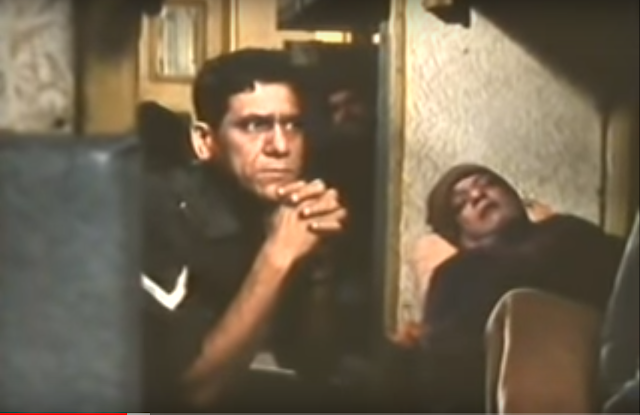 Yatra, the 15-episode series telecast on Doordarshan in 1986, may be the most dedicated depiction of the Indian train journey on screen. Directed by Shyam Benegal, the profoundly memorable show was based on a screenplay by his longtime screenwriter Shama Zaidi and theatre director and playwright Sunil Shanbag. It was sponsored by the Indian Railways, which gave Benegal the use of a 10-bogey train for the 50-day shoot.

Benegal decided to have the show unfold – consecutively -- on two of the longest journeys you could make by rail in India at the time: On the Himsagar Express, which ran from Kanyakumari, at the southernmost tip of India, to Jammu in the north; and the Tripura Express, which ran from west to east, from Jaisalmer to Guwahati. We begin the journey with the Himsagar Express, in Kanyakumari, where Lance Naik Gopalan Nair -- Om Puri playing a Malayali armyman posted in Jammu -- misses his train. Gopalan and his wife's frenetic taxi ride to catch up with the train at the next station (and when they miss it there, the next one) is one of many delightful narratorial devices in Yatra -- among other things, enabling Benegal's brilliant cinematographer Jehangir Chowdhury to shoot the train from the outside. 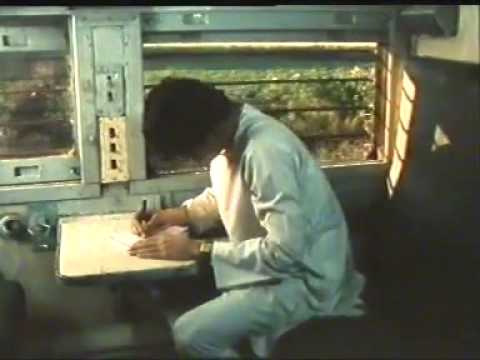 Inside, on the moving train, we meet a cast of characters as varied as the country -- many of them revealing to us an aspect of the country's troubles, small or large. The telling is gentle, but the stories are powerful. An old Marathi couple who have just lost their daughter to dowry murder find themselves taking care of a young Punjabi woman (a marvellous Neena Gupta) who is escaping ill-treatment by her mother-in-law and trying to get to her natal home in Jalandhar before she delivers a baby. A theatre troupe that has just lost a crucial actor to Bombay is trying to get the play back on track before getting to Delhi for a performance scheduled at the National School of Drama. An ageing, unwell Hindu ascetic is being accompanied to Jammu by his devoted disciple (played by the wonderful Mohan Gokhale) because he wants to see the Himalayas one last time. A Muslim husband who has been wanting his doctor wife to give up her medical practice finds himself unexpectedly affected by helping her deliver a baby.

As a child of the 1980s, I remember being entranced by Yatra, recognising its difference from the cinematic content around me without being able to name that difference. The beautifully-captured train journey allows you to travel vicariously through the country. And many of the things that Benegal brought into the narrative were not things that found space in mainstream, popular culture. As the train moves from the Andhra region towards the jungles of Madhya Pradesh, for instance, we are introduced to an activist for minimum wages for adivasi labourers who has attracted the ire of landlords in Nellore district. Now a whisteblower on the run, Venugopal is taking some documents to Delhi – but there's a bunch of goons who know he is on the train. Even to a child who knew nothing of the world, it was somehow clear that these goons – perfectly ordinary looking, mostly unspeaking, not particularly large or muscular – were more dangerous than the henchmen the villain sent out in Hindi cinema. Even today, it is chilling to watch the scene where Venugopal gets dragged out of the train while everyone else is distracted by a theft. 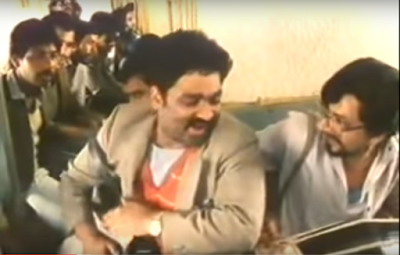 There is a lovely unpredictability to Yatra's narrative, however, in which such moments of gravity and fear can segue into humour and joy – and sometimes the opposite. And as often happens when you spend some time together, people you might have dismissed at first glance begin to seem human, vulnerable, perhaps even worthy of admiration. Benegal achieves some of this empathy through Om Puri's Gopalan, who serves as a conscientious but opinionated narrator. Thus the ailing swamiji, whom Gopalan thinks is all talk, turns out to have once fought in Subhash Bose's Indian National Army. The theatre troupe, whom the Armyman dismisses as having no serious work, is actually the only group of people who are working throughout the train ride. Their frazzled stage manager (the dependably superb Harish Patel) seems like a drunken buffoon who can't possibly be coached to act – but after an accident brings him to his senses, the whole compartment watches him transform into Ashwatthama.

But as in life, so on the Indian Railways: Everyone has their own journey to complete. The characters get on the train, learn something of each other's lives, and then part when their destinations arrive. Yet something meaningful is often forged in that fortuitous intersection of time and space. A young man heading to a job interview becomes besotted by a pretty young co-passenger, wooing her silently in the presence of her oblivious parents while making up verbose dream sequences with her in his head. The Marathi couple are so clearly taking care of the pregnant Neena Gupta that the railway doctor and others constantly mistake them for her parents. Later, Om Puri's Gopalan, trying to follow up with the railway authorities on the disappeared Venugopal, is asked the same question. “Aapke koi rishtedaar thhe?” Puri pauses, and his silence contains multitudes. “No,” he responds quietly. “We only met on the train.”